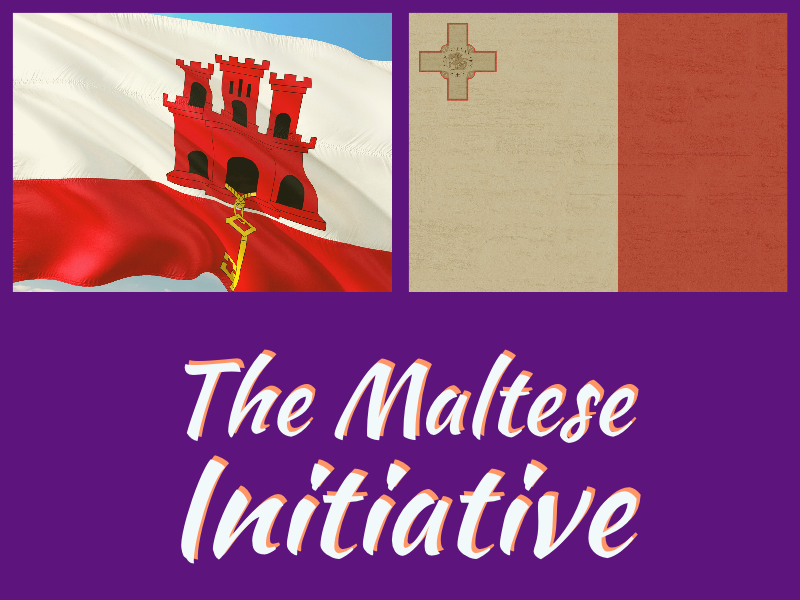 Last month, a delegation from Chestertons Gibraltar visited Chestertons in Malta to host a series of meetings with Maltese entities interested in establishing a base in Gibraltar post Brexit. This followed the reciprocal arrangement in October. We spoke with Chestertons’ managing director Mike Nicholls about Chestertons’ Malta / Gibraltar initiative.

Chestertons Malta recently visited Gibraltar, why were they here?

Depending upon the outcome of negotiations with Europe, it is possible that Brexit will add time and cost difficulties for Gibraltar companies trading into the EU. So they can either grin and bear it, which many may do, or establish a footprint in another EU jurisdiction. Malta is an obvious choice, as it has a beneficial tax policy and it has a common market with the EU. Hence our colleagues in Malta were here in Gibraltar explaining to a number of our clients how best to do that. They spoke about the locations, costs, processes of establishing in Malta. The advice was very well received.

What made Chestertons Gibraltar visit Malta?

The reverse is true albeit with a greater opportunity for Gibraltar in our minds. Maltese companies selling their services into the UK will face tariffs and obstacles post Brexit as the UK will pull out of the EU single market most likely. Hence Gibraltar’s common market with the UK will prove to be a significant selling point to affected Maltese companies. There are over 300 gaming licences in Malta and many insurance companies, a large number of which trade with the UK.

What similarities did you notice about the impact of Brexit on businesses in Malta and Gibraltar?

Funnily enough, there is confidence in both jurisdictions as a direct result of Brexit. The Maltese think that all Gibraltar EU business will flow their way, and that new companies seeking a jurisdiction will choose Malta over Gibraltar. However, as time has gone on, the initial concerns in Gibraltar have evolved into confidence that our common market with the UK will lead to an influx of business here. So I suppose both Malta and Gibraltar can be happy that they have a product offering which is different from the other.

How big is the property market in Malta compared to Gibraltar?

Malta has 450,000 people compared to our 34,000. It is 316 sq kms compared to our 6.4 sq kms. It has 350 estate agents compared to our 30 or so. This vast difference in size gives Gibraltar a greater opportunity in my view, ie more companies in Malta will be looking at Gibraltar to access the UK than Gibraltar companies looking at Malta to access the EU. In terms of the property market, the meetings in Gibraltar were hugely positive in so far as meeting property professionals which can assist in Malta and with Chestertons name trusted name in both jurisdictions, and headquartered in London, business people know they are in safe hands. So from that perspective, the initiative went very well. We are a local agent on an international stage, which suits many in our client profile.

Do you envisage many businesses relocating to Gibraltar from Malta?

Prior to the reciprocal trips, we envisaged that we would discover companies seeking to relocate. Having been part of the meetings here in Gibraltar and in Malta, I now think otherwise. I believe that companies with both UK and EU trade will establish a footprint (eg subsidiary, branch, skeleton office) in the location where they are currently not represented. This process has begun. These companies are smart, they will be able to react quickly as the Brexit landscape unfolds, ensuring that they are ready for all eventualities. I think others will follow suit. They should.

Did you notice any difference in the business set-up in Malta as opposed to here in Gibraltar?

Yes, albeit on a small sample. Malta seems ‘easier’. It just felt that the regulatory structure here in Gibraltar was more burdensome than in Malta, whether licensing or residency applications but that’s not necessarily a good or bad thing. Malta is under scrutiny currently from the EU. The headline on Reuters little more than a month ago was “The European Union should investigate Malta’s anti-money laundering system, EU lawmakers said on Tuesday in response to the murder of a Maltese journalist who reported widely on financial and political corruption.” Gibraltar has kept high regulatory standards and perhaps the perceived higher burdens, to ensure only quality business is attracted to the Rock, is worthwhile but, as I said, this is just an opinion based upon a three day visit, I’m not an overnight expert on Maltese regulations.

Did fintech get a mention?

Absolutely. Gibraltar’s new regulations of blockchain technology are a masterstroke. There seems some envy that we will be first and we also met a company seeking to launch a new currency which was considering Switzerland. They hadn’t considered Gibraltar. They are now. I share the excitement of where Gibraltar could go with this whole new world of cryptocurrency and blockchain technology.

Now that you have been to Malta, do you think you will visit any other countries to promote Gibraltar?

I would jump at the opportunity to do this more, as it is both effective and enjoyable but it’s also time consuming. Some London colleagues attended Gibraltar Day with us a few weeks ago and they are keen to understand Gibraltar further to promote the advantages of Gibraltar to their London client base. I’m there next week to push on. It’s an exciting time to be in Gibraltar I think. A land full of opportunity. I’m relishing that time.